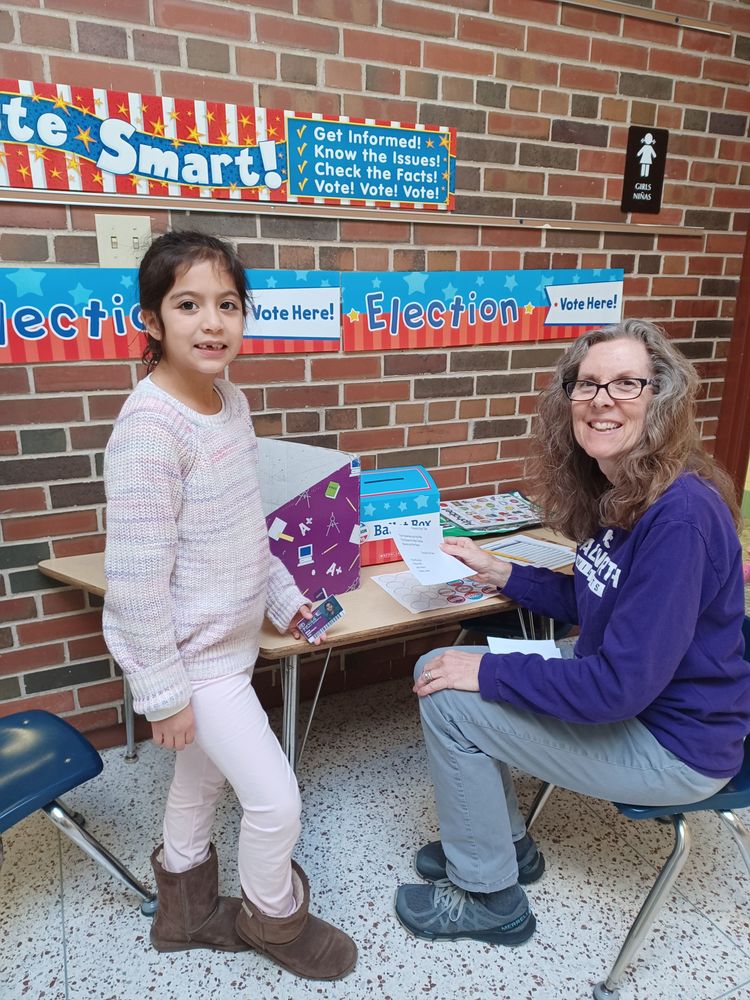 As the general population of ages 18 and over hit the polls, Mrs. Jodi Cullen's second-grade class also participated in an Election Day on Nov. 8.

"First, we made sure we were informed," said Cullen. "In our new curriculum, students read and learned the characteristics of fairy tales and tall tales."

The students then showed identification cards (library cards) to receive ballots from the election officer (Mrs. Eileen Travis). Next, individuals selected their favorite fairy tale and their favorite tall tale.

"We even kept our votes secret by folding them and sticking them in our ballot box. Our election officer thanked us for coming out to vote and rewarded us with an 'I voted' sticker. Finally, she counted and recounted the votes and the results were in."

Who would win the race?