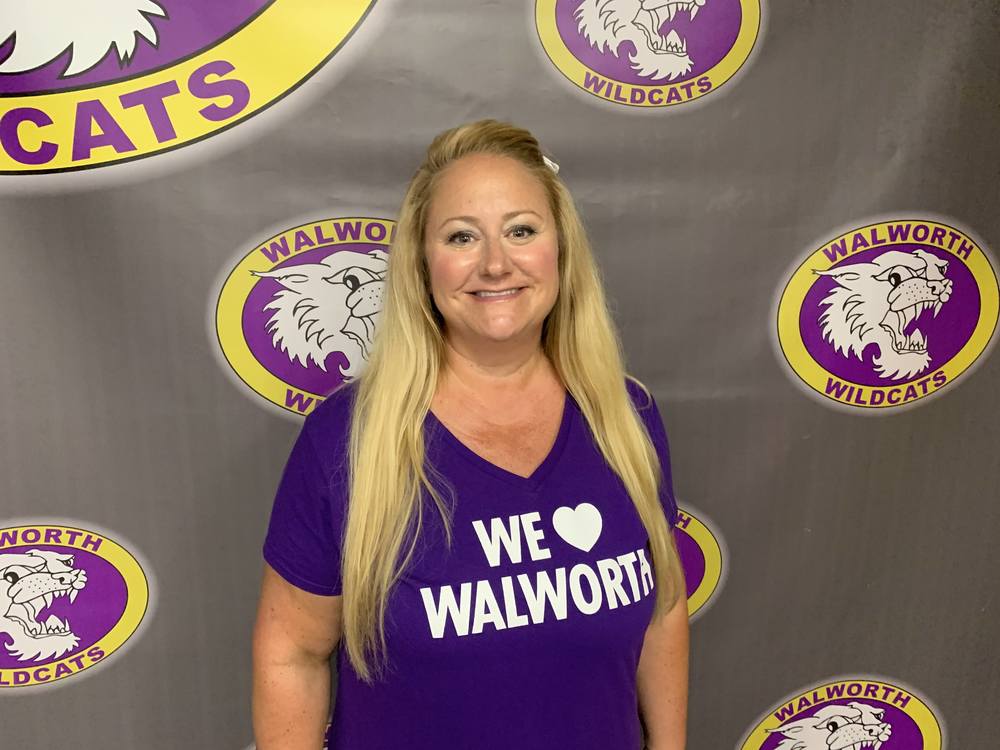 Jennifer Ott-Wilson, a school counselor for Walworth Jt. School District #1, wears many different hats in her work. One very important aspect is being a school homeless liaison. In that role, she also helped secure a grant for the district.

"I identify students who are homeless under the McKinney-Vento Act," said Ott-Wilson in a recent interview. The act is a piece of federal legislation that applies to the states.

The Wisconsin Department of Public Instruction held a virtual state conference this year on Education for Homeless Children and Youth, and Ott-Wilson was selected as one of the presenters. She talked about school and community "through the lens of a small, rural school district," she said.

"How does our school district use our community partnerships to help families  and students who are homeless (was a focal point of the presentation)," she said. Ott-Wilson added that the law says schools must "remove the barriers so students are able to maintain educational stability."

At the time of the interview, out of 427 students in the district, 13 were identified as homeless. They could be at Twin Oaks Homeless Shelter, a motel, campgrounds or living with someone and not having a lease, so they could be forced out at any time.

"It really is about housing and security," said Ott-Wilson. "(We provide) resources and support to families on the fence. They might be one situation away from losing residency."

With her help, Walworth school wrote for a grant from DPI to receive "extra funds to help support students and families." said Ott-Wilson. That can include tutoring, professional support for teachers and updating procedure and policy, among other things.

She said it is because of that good work that DPI asked Walworth to represent small, rural school districts, specifically. Appleton, the sixth largest district in the state, represented large school districts and Janesville represented "medium" districts. Ott-Wilson noted that a city like Appleton has several homeless shelters and more resources, while Twin Oaks is the lone shelter in Walworth County.

The school district grant for the 2021-22 and 2022-23 school years was written by Phill Klamm, the district administrator, and coordinated by Ott-Wilson. The budget total was $30,000.

"We are very creative with the resources that we have," said Ott-Wilson. "There is an immense amount of support by our neighbors, who have very big hearts. Small-town people stick together. The school is the heart of the community. By far, that sets our district apart. The homeless population is not about numbers."

There are other separate entities that help with funds that go directly to students, including groups like the non-profit Walworth Children's Foundation and United Way. The Dollar Tree store in Lake Geneva also provides a holiday gift program. The district also works in concert with the Walworth County Department of Health and Human Services, located in Elkhorn.

Ott-Wilson, who grew up in the small community of Brillion, has been a counselor for 25 years at Walworth and is in her fourth year as the district school liaison. She is married to Brent Wilson, a multiage homeroom teacher at Walworth.