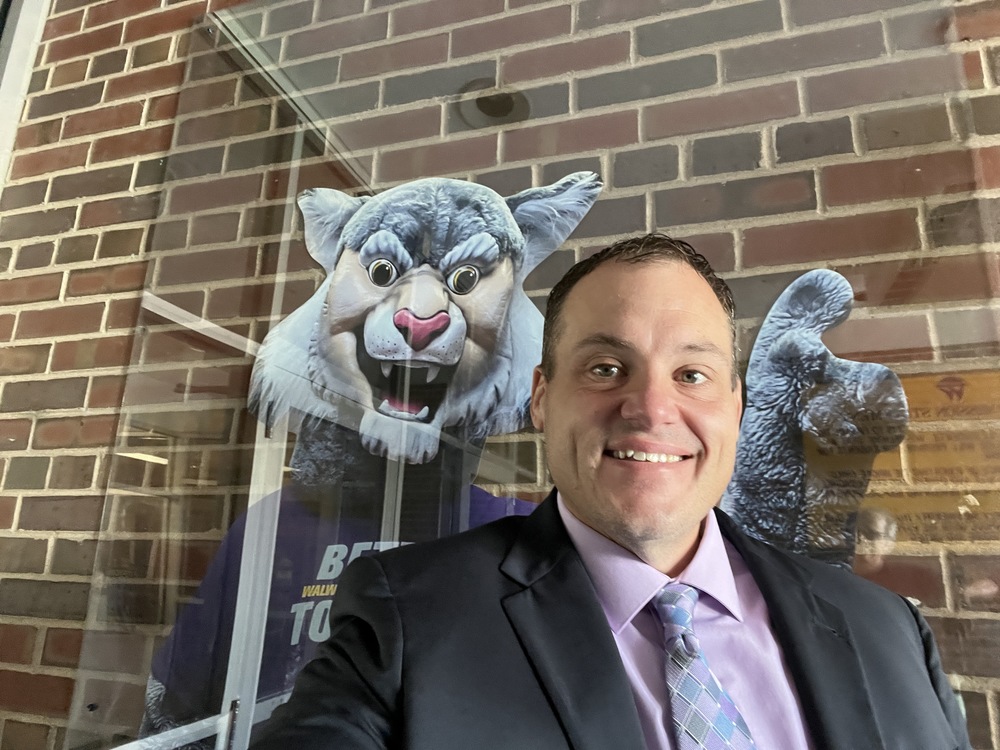 It came as a major surprise to Phill Klamm, administrator of the Walworth Jt. School District #1, to be called on as the recipient of a major honor at the Wisconsin School Public Relations Association annual conference on Nov. 17 at the Osthoff Resort in Elkhart Lake. The 45-year-old Klamm, in his fourth school year as the district administrator, won the prestigious Alan Holtshopple Scholarship

"The award was a complete surprise. As a new WSPRA member and my first conference, I was very excited to attend the awards luncheon because I wanted to see the best public relations practices in our state so that we can learn from them," said Klamm. "When the presenter started talking and eventually revealed that I was the recipient of the award, I was surprised, humbled and encouraged.

"We are doing great things in Walworth and for a state organization to recognize that, it is empowering. We have already started implementing some of the things that I learned from others at the conference and I hope it continues to build up the positive relationships we have with our community."

The late Holtshopple was the past president and a board member of the WSPRA. Klamm will receive a complimentary registration in the form of a scholarship to next fall's  WSPRA event at Green Lake.

The criteria for the award included the person must be a new WSPRA member within the past two years and must be an individual who demonstrates community involvement.

Klamm was presented the scholarship during the Spectrum Awards luncheon by Dr. Jeff Zaspel, the first-ever Holtshopple Scholarship recipient. The nomination was made by Kevin Hickman, a past president of WSPRA and Senior Client Executive at Nexus.

"Phill never puts the focus on himself, but rather on the achievements of students and staff. Phill recently launched the Better Together theme for this district. You will see many local businesses displaying the Better Together sticker, as well as many stickers on cars throughout the district. Better Together emphasizes the value better communication produces for all. Phill walks the communications walk as well, constantly encouraging questions from the community and engaging in events throughout the year.”

This is Klamm's eighth year in the district, with the first four as principal. Previously, he served as an elementary physical education teacher, a high school alternative program teacher, a middle school principal, a high school assistant principal and athletic director before coming to Walworth.

Past winners of the Holtshopple Scholarship were: