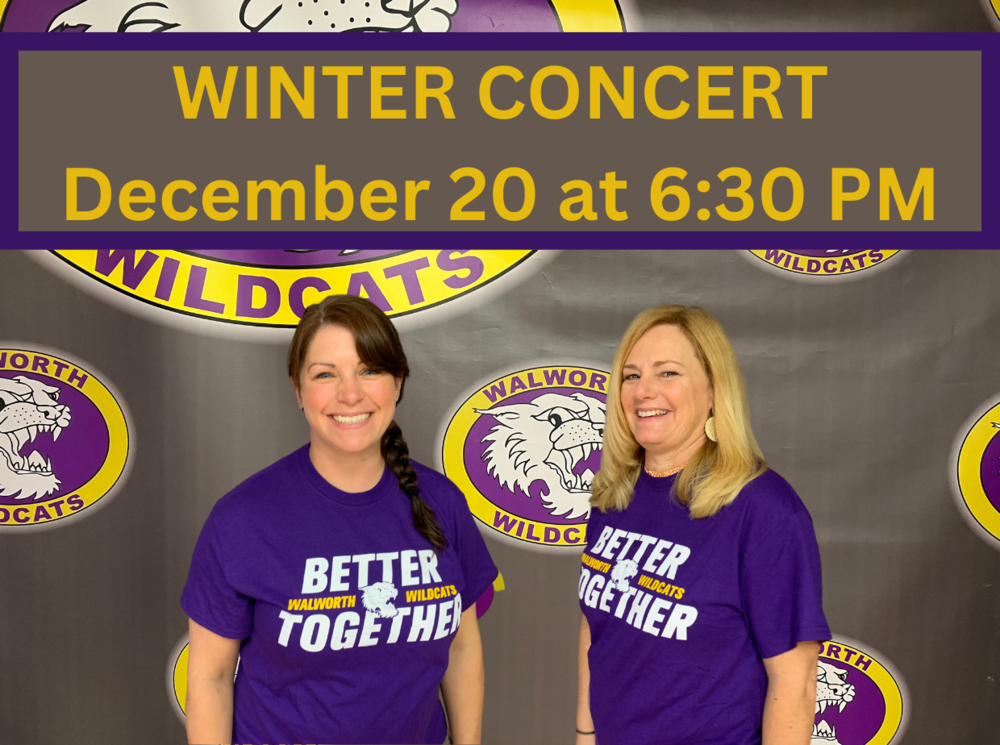 The choir and band students at Walworth Jt. School District #1 are busy preparing for the fifth- and sixth-grade winter concert at 6:30 p.m. on Dec. 20.

Choir teacher Sherry Weis has been preparing the fifth- and sixth-grade students on their concert songs, while band teacher Stacey Zwirlein has been leading the sixth-grade band that will perform three selections to showcase its growth. Also, the fifth-grade band will debut "infor-mance," which features its development from the first few months.

This is the first concert of the school year.

Those who ordered poinsettias can pick them up after the performance. They will be labeled.