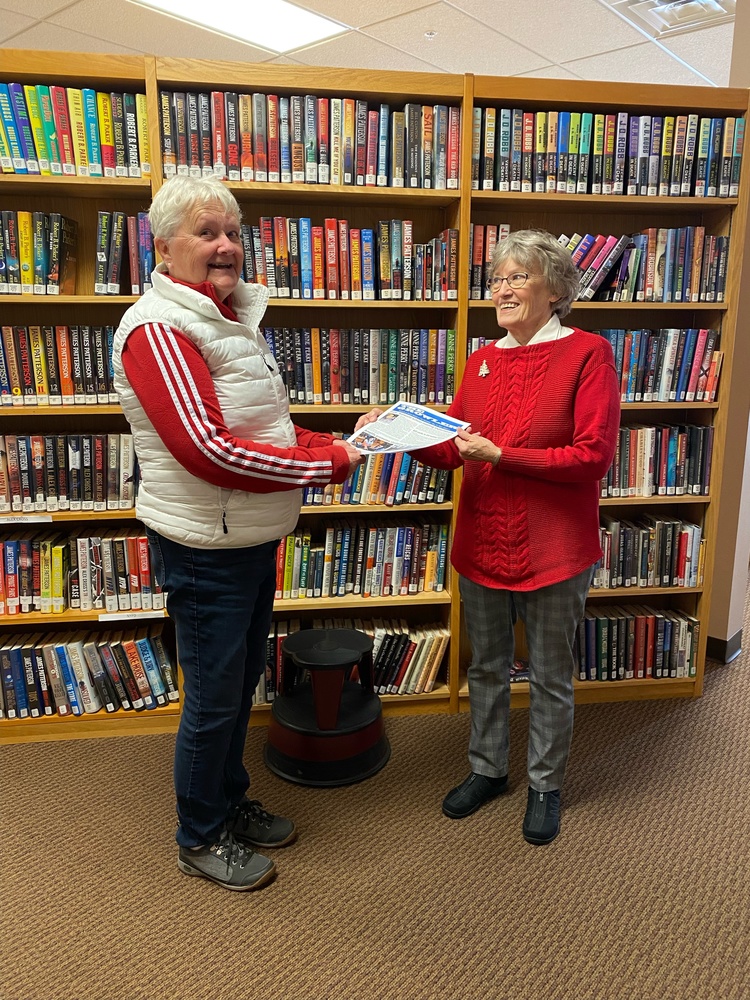 By title, Barb Dade is the executive secretary for the Walworth Jt. School District #1. Those within the school walls know she is involved in a variety of other duties.

Among other things, one might find her stepping into a classroom to offer assistance...or even in the lunchroom, covering the desk in the Welcome Center, outside for recess or as a crossing guard. Often in her beloved University of Wisconsin attire, Dade has a whole set of keys on hand. She also schedules substitutes for various positions each school day.

"When people think of Walworth School, many of them think of Mrs. Dade," said Phill Klamm, district administrator. "Barb Dade has been a dedicated part of Walworth Jt. School District #1 for many years and always leads with her kind and willing heart."

But she also has an ever-increasing role of delivering The Growler, the district's newsletter. The next one will be the sixth edition of the school year. It started with the intention of one page, both sides, with 60 copies being delivered and mailed out. That quickly grew to 100 copies, with a few editions being two pages, both sides, to now growing to 160 or more copies. Dade delivers these to area businesses, where they are available to the general public.

"One of the many things Mrs. Dade does to help in the District Office is to distribute our district newsletters," said Klamm. "In the beginning, Mrs. Dade went around the district talking with businesses to see if we would be able to post a newsletter or a few for our community to see. Now, whenever there is a newsletter, Mrs. Dade hand delivers the Walworth news to the participating businesses."

Of course, the newsletters are available on various online platforms, by mail and at the school, but community members enjoy the special deliveries made by Dade every few weeks.